When Was the Last Time You Had a Lens Change? 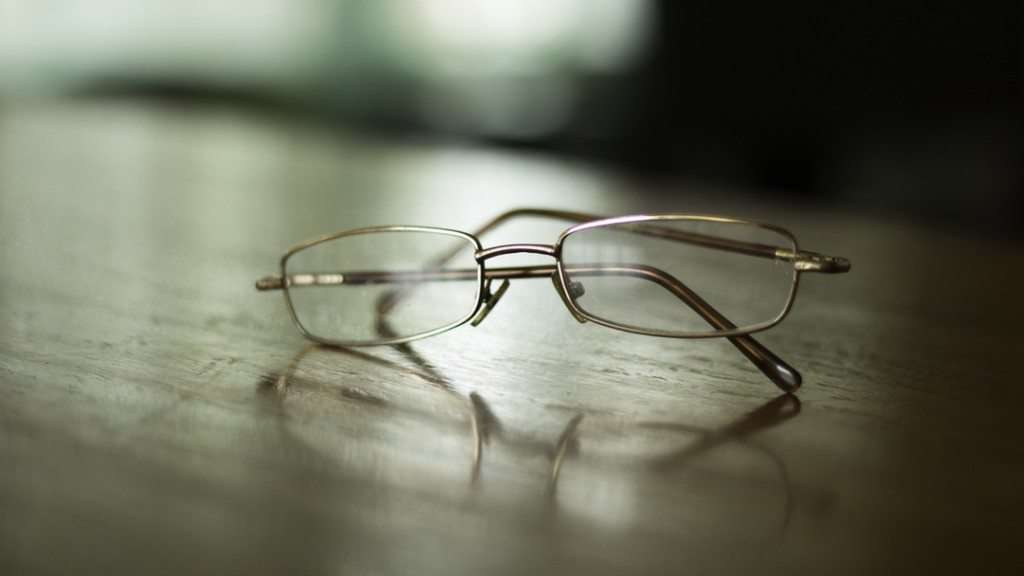 There was an apostle, Saul, who was an academic theologian. He would later change his name to Paul.

I’m guessing you’ve heard of him.

“I was educated under Gamaliel strictly according to the law of our Pharisees. I am a Pharisee and a son of a Pharisee. I was circumcised on the eighth day. I am of Israel. I am of the tribe of Benjamin. As to the law, a Pharisee. As to zeal, a persecutor of the church. As to legalism, blameless. I lived according to the strictest sect of our religion.”

His point? He out-Phariseed the Pharisees!

In his young life, Saul totally believed he was serving the purposes of God by persecuting the church. In fact, Acts 9 says he “ravaged the church.” He dragged men and women off to prison.

He didn’t get it until he was walking to Damascus to persecute some fresh victims, and had a dramatic encounter with Jesus on the way. A bright light showed up, he fell off his horse and he heard this voice saying, “Saul, Saul! Why are you persecuting Me?

“I am Jesus of Nazareth,” the voice said. “Whom you are persecuting.”

I think that qualifies as an O-M-G moment.

He was blind. No, like actually blind. For three days he couldn’t eat or drink. He just sat there with his thoughts.

A scale is like a thick flake of skin. It’s an obstruction that limits your vision. It had been blocking Saul’s vision, and the Holy Spirit took it away.

This is what Jesus does. He came to give us a new lens so that we might see things the way that He does. What happened to Saul needs to happen to each of us.

It’s what I call a lens change.

You can’t walk with God successfully without having a few lens changes over the course of your life.

The reason for this is simple: The way you start off in Christ is not the way that you finish. I’m not just talking about doctrine and theology. I’m actually talking about experiencing God and having our lens changed in terms of how we see Him and what we believe He wants for us.

See, vision is not just about the direction you are going in. It’s about the height at which you’re walking.

That’s what happens when you get a lens change. It’s doesn’t change where you’re going. It’s about how you get there.

When we get a lens change, we realize there is a whole Kingdom around us and within us that we need to pay attention to. We learn that if we really want to interact with God at a high level, we have to learn to think the way that He does.

We have to take on the mind of Christ.

The mind of Christ is something we talk about a lot, but we don’t always understand it very well.

It’s not about spiritualizing logic or rationale. It’s about traveling in wisdom. Honestly, it’s about seeing the future. It’s about understanding who you are and where you’re going.
This is your story. This is your journey.

You are being changed from one degree of glory into another, and that change is going to take place over time. It’s going to involve a lot of changes to your heart and your mind. Every one of those changes involves your vision and the way you see things.

“I pray that the eyes of your heart [that is, your spiritual lens] may be enlightened [may be illuminated, so that you can see better], so that you will know by that perception the hope of His calling, the riches of His glory in His inheritance in the saints, the surpassing greatness of His power towards us who believe.”

When your encounter with God conflicts with your lens, it’s time for a new lens prescription.

For example, here’s a huge lens change for you, pulled directly from Romans 6:

(I know how easy it is to skip across Bible verses when you see them printed out like this, but do yourself a favor and really read this)

“Do you not know that all of us who have been baptized into Christ Jesus have been baptized into His death?
Therefore, we have been buried with Him through baptism into death so that as Christ was raised from the dead through the glory of the Father so we, too, might walk in newness of life. For if, and we have, become united with Him in the likeness of His death, certainly we shall also be in the likeness of His resurrection.

Knowing this, that our old self was crucified with Him in order that our body of sin might be done away with so that we would no longer be slaves to sin for he who has died is freed from sin. Now if we have died with Christ, we believe that we shall also live with Him knowing that Christ having been raised from the dead is never to die again, death no longer is master over Him for the death that He died, He died to sin once and for all, but the life that He lives He lives to God. Even so, consider yourselves to be dead to sin but alive to God in Christ Jesus.”

What does it mean? It means that God is not dealing with your sin right now because He has already dealt with it. It means God’s answer to your sin is: “You are dead.”

He didn’t want to bring you new life in Christ and then have to keep working on your old life to try and improve it and make it better.

No, what God wanted was to create a whole new life, a whole new you and take the old nature and the old man and put it in the grave and say, “It’s dead, it’s finished, it’s over.” That’s a great headstone.

And now God’s gotten rid of the things that you don’t like about you, and now He is causing you to be made a different man. You are going to be born again and become a totally new person. He is working on the new you, the true you, the real you that is in Jesus. The old you is dead!

It’s a major lens change when you understand that all of your struggles actually belong in the grave, that God doesn’t want to work on them. He just wants to say to you, “No, we killed all of that off. We gave you this new life. We are not working on sin. We are working on your righteousness.”

So, I’d love to hear from you. When was the last time you had a lens change? And what was it?